Jeff and the sessions I had were challenging!

I would have no hesitation in recommending Jeff as an Executive Coach and, in fact, have recommended him to members of my own family.

"I had worked in the Construction Industry for over 20 years, had worked at a senior level in a number of companies and had achieved a great deal. However, I felt that I was "trapped" in this industry and I wanted to change the direction of my career and transfer my skills to other sectors. To achieve this I needed external support and mentoring to help me create the change I wanted. I had already met with Jeff previously and he had impressed me as being realistic, pragmatic and honest. He offered good, down to earth advice that was tailored to my situation. He stood out as being confident in his subject and he had the ability to support and challenge me and my assumptions. He also had the ability to create a trusting environment that engendered confidence.

I started working with Jeff and the sessions I had were challenging and totally focussed on ensuring that I took responsibility my own actions and decisions; he coached me to be more aware of the dynamics of the situations in which I found myself and the effect I had on others. Although these were challenging sessions, they were supportive and I knew that I could trust him absolutely helped by the fact that it was clear that he had only one agenda - guiding me to achieve my goal and helping me to reach my potential.

I managed the transfer and I continued to stay in touch with Jeff. The professional and confidential nature of the service and after care offered by Jeff and his colleagues is exemplary. The service does not end when the immediate "project" is completed and he has always been available if I have needed to talk an issue through with him and he has supported me through the transition. I would have no hesitation in recommending him as an Executive Coach and, in fact, have recommended him to members of my own family."

What impresses me greatly is the personalised service which is offered by the Change Key Partnership. I felt that I was treated as a person, not as an object to be processed and pushed out of the door to make way for the next client.

A visit to ChangeKey is a sure-fire and extremely cost effective way of focusing your skills and realising your dreams. 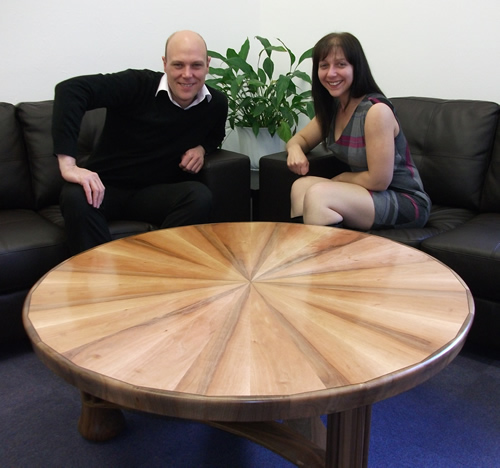 Steve and Berta who had worked in the IT sector approached Changekey with the aim of identifying their career passion and both undertook our Career Transition Programme to move their careers further on.

Lyn, can I say...what an amazing job you do. I don't know exactly what you saw in me but your intuition was certainly right...I am an estate agent!

Careers support after relocation to the UK

I now feel I can confidently manage. I will also get paid what I deserve, and have some great career opportunities in front of me...

I often think back to our sessions and am grateful for the time you spent discussing things and challenging me. It's been as helpful outside of work as in.

When I was made redundant, I was referred to Lyn and Jeff at the 'Change Key Partnership'. I have been very impressed by the support and advice that I have received from Lyn and Jeff, which has been excellent . From the very beginning. I received a professional service and was immediately made to feel at ease when visiting Lyn and Jeff in their office.